Chelsea midfielder Cesc Fabregas appears to be a fan of Pokemon... 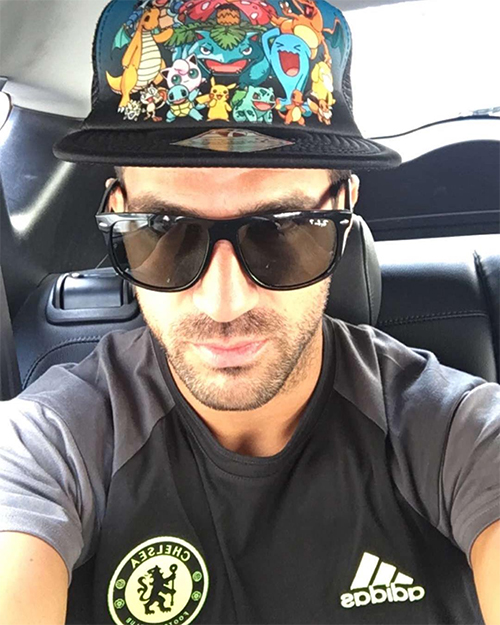 Cesc Fabregas highlighted his obsession with Pokemon after the Chelsea midfielder landed in Los Angeles with the rest of Antonio Conte’s squad on Sunday.

The Blues midfielder is back in pre-season training with Conte’s side after returning from an extended break following this summer’s European championship.

Fabregas was unable to help Spain defend their European crown after La Roja lost 2-0 to Conte’s Italy side in the last 16 of Euro 2016 in France.

The Spanish midfielder will be looking to impress the new Chelsea manager in their upcoming games in the International Champions Cup over the next week or so.

While Fabregas may be looking to catch the eye of Conte in pre-season training, the World Cup winner could also be searching for some rare Pokemon if his baseball cap is a sign of his appreciation for the worldwide phenomenon.

Fabregas posted the above photo on his Instagram page and wrote: “L.A ✈️”

The former Barcelona midfielder was part of Jose Mourinho’s Chelsea side that won the Premier League title and the League Cup in 2014-15.

The west London side finished in tenth place last season after a disappointing defence of their top-flight crown.

Three Liverpool players who Jurgen Klopp should sell this summer