Photo: Darmian relaxes with his girlfriend ahead of Man United life under Mourinho

Matteo Darmian is finally relaxing on his summer holidays... 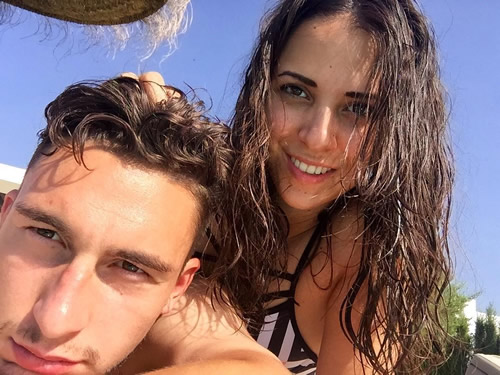 Matteo Darmian looks to be completely relaxed as he makes the most of his summer holidays before reporting back to Manchester United for pre-season training.

The Red Devils defender is currently enjoying some time away from football in the wake of Italy’s Euro 2016 elimination at the hands of Germany last weekend.

Darmian looked pleased to be soaking up some sunshine with his girlfriend Francesca Cormanni as he recharges his batteries ahead of the new season.

Meanwhile, many of his United colleagues have already reported back to Carrington to begin their pre-season training preparations under new manager Jose Mourinho.

The defender’s girlfriend Cormanni shared the photo of the happy couple above on her personal Instagram account on Saturday evening and wrote: “Finally Noi #holiday #laisla #comunqueandare”

Mourinho was officially paraded as United’s new manager on Tuesday as he was unveiled to the media and took part in his first news conference as Red Devils manager.

The Portuguese coach is gearing up for a return to the Premier League after he was chosen as Louis van Gaal’s successor at Old Trafford.