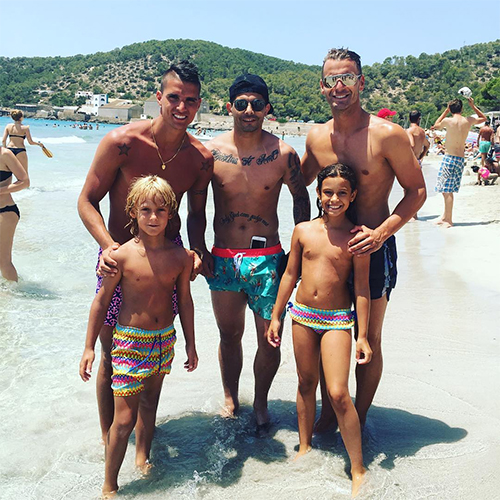 Erik Lamela was all smiles with Roberto Soldado as the Tottenham Hotspur midfielder caught up with his former team-mate on a summer break.

The Argentina international enjoyed his best season at White Hart Lane last term after a return of five goals and nine assists in 34 Premier League appearances.

Lamela joined the Lilywhites in the same summer as Soldado but the former Valencia striker managed to find the net just seven times in 52 Premier League appearances before he was sold to Villarreal last year.

However, Lamela appears to have remained in touch with Soldado after the pair caught up during a summer holiday in Ibiza on Sunday afternoon along with Inter Milan midfielder Erik Banega.

Soldado posted the above photo on his Instagram page and wrote the following caption: “How good to see you again !!”

The Spain international scored 16 times in 76 appearances in all competitions during two seasons at White Hart Lane.

Lamela, meanwhile, has netted 17 times in 107 games for Tottenham since his big-money move from Roma back in 2013.

Watch: Jose Mourinho has a message for Man United supporters