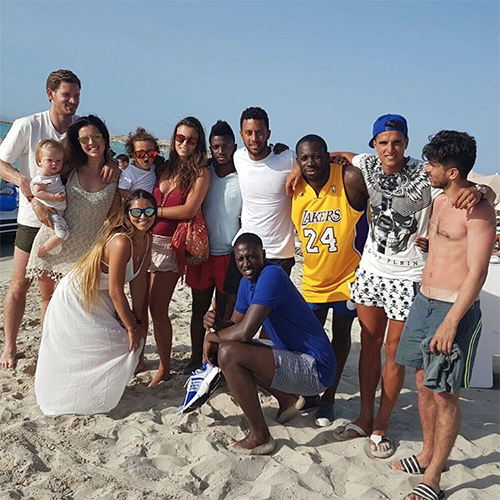 Mousa Dembele, Erik Lamela and Jan Vertonghen are making the most of their final days of freedom ahead of what promises to be a demanding pre-season campaign under Tottenham Hotspur manager Mauricio Pochettino.

The Argentina international is recovering from what ultimately proved to be a disappointing Copa America campaign as Lamela and co lost to arch rivals Chile in the final for the second successive summer.

Belgium duo Dembele and Vertonghen could only help the Red Devils reach the last eight of the competition before a surprise 3-1 loss to Wales ended their hopes of winning the major tournament.

But Tottenham trio Dembele, Lamela and Vertonghen looked to forget all things football as they relaxed on the beach ahead of their return to Tottenham for pre-season.

Dembele posted the above photo on his Instagram page and wrote:

Tottenham will start the 2016/17 Premier League season with a trip to Everton on Saturday 13 August.