Erik Lamela has linked up with two of his Tottenham team-mates while on his summer holidays... 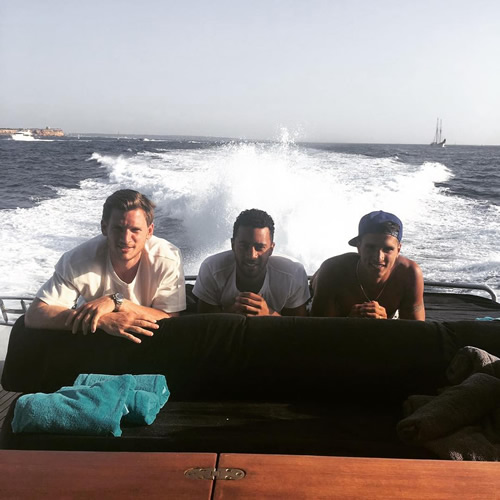 Erik Lamela looked to be enjoying himself as he was joined by some familiar faces while on holiday over the weekend.

The Argentina playmaker relaxed with Tottenham captain Jan Vertonghen and midfielder Mousa Dembele as the trio recharge their batteries ahead of the new Premier League season.

Dembele and Vertonghen are relaxing after their involvement in Euro 2016 with Belgium, while Lamela is getting over Argentina’s Copa America final defeat by Chile earlier in the summer.

And the Spurs trio looked like they were enjoying themselves as they posed for a picture on a boat in warmer climes.

Vertonghen shared the photo above on his personal Instagram account on Sunday and wrote: “Spurs on tour.”

Mauricio Pochettino is currently preparing his side for a return to the Champions League next season after their third-placed finish in the Premier League last term.

Spurs challenged for the Premier League title for much of the campaign but had to settle for a third-placed finish after being pipped by local rivals Arsenal on the final day of the season.