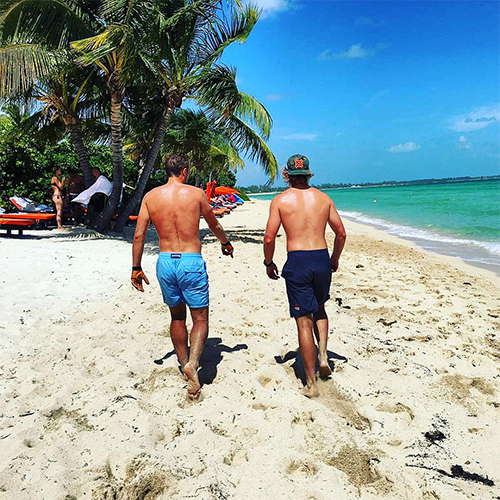 Harry Kane has been keeping fit with runs on the beach ahead of the new Premier League season.

The 22-year-old centre-forward has been taking a well-earned break after a demanding season for club and country.

Kane finished as the Premier League’s top goal-scorer last term after a return of 25 goals in 37 top-flight fixtures.

The England international played in a staggering 64 games for the Three Lions and Tottenham over the past 12 months.

So the Spurs striker could be forgiven for putting his feet up while on a summer holiday in warmer climes.

However, Kane is keeping his fitness ticking over with some picturesque runs on the beach.

Kane posted the above photo on his Instagram page and wrote the following caption:

The 22-year-old centre-forward scored 32 goals for club and country in all competitions in the 2015/16 campaign.

Mauricio Pochettino’s Tottenham side finished in third place in the Premier League table after Arsenal hoisted themselves about Spurs on the final day of the season.

Tottenham will start their 2016/17 Premier League season with a trip to Everton.