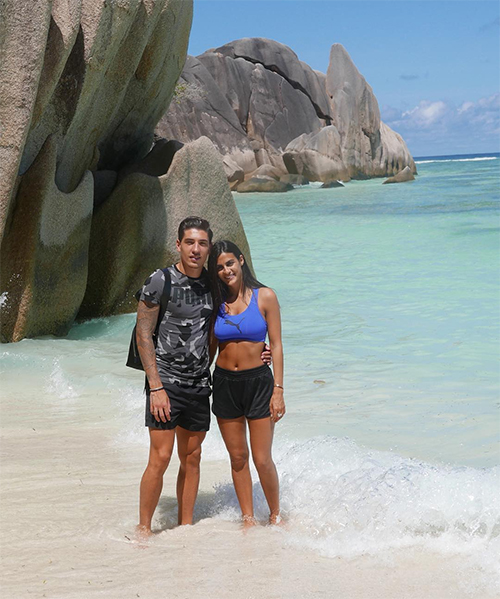 Hector Bellerin and his girlfriend soak up the rays Photo: Berta Raqueno/Instagram

Hector Bellerin is definitely making the most of his summer holidays with his gorgeous girlfriend ahead of the new Premier League season.

The Arsenal defender is enjoying a well-earned break after Spain’s disappointing European championship campaign which ended in a 2-0 defeat by Italy in the last 16 of the competition.

Bellerin played an exhausting 44 appearances for the Gunners over the course of the 2015/16 season as Arsene Wenger’s side failed to add to their collection of silverware.

Nevertheless, the 21-year-old earned a sunny break in warmer climes, particularly after making the Arsenal right-back spot his own and earning a place on the PFA Premier League team of the year.

And Bellerin’s stunning partner Berta Raqueno posted the above photo of the pair on her Instagram page as the Arsenal full-back made the most of his final few days of freedom.

Wenger’s Gunners side start the 2016/17 Premier League season with a tricky game against rivals Liverpool at the Emirates Stadium on Sunday 14 August.

Arsenal finished in second place in the table last term after a 4-0 victory over Aston Villa on the final day of the season.

Photo: New Arsenal signing all smiles with friends ahead of life under Wenger