Photo: Jack Wilshere relaxes with his stunning fiancee ahead of Arsenal return 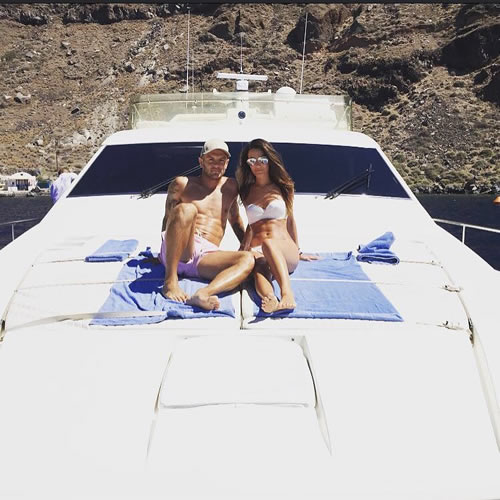 Jack Wilshere looks like he has successfully recharged his batteries as he prepares to report back to Arsenal for pre-season training.

The Arsenal midfielder has been enjoying a break in Santorini with his fiancee Andriani Michael as he soaks up some sunshine ahead of the new Premier League season.

Many of Wilshere’s Arsenal team-mates have already reported back to London Colney to begin their pre-season preparations.

However, Wilshere has been given something of an extended break following his involvement in Euro 2016 with England.

Wilshere is sure to be set to take his pre-season preparations seriously after he missed most of the last campaign with an ankle injury.

And the England midfielder looked to be completely relaxed on a boat with his partner by the Greek island.

Wilshere posted the picture above on his personal Instagram account and wrote: “What an amazing place. Thanks to the kind people of Santorini for the best holiday…back to training tomorrow.”