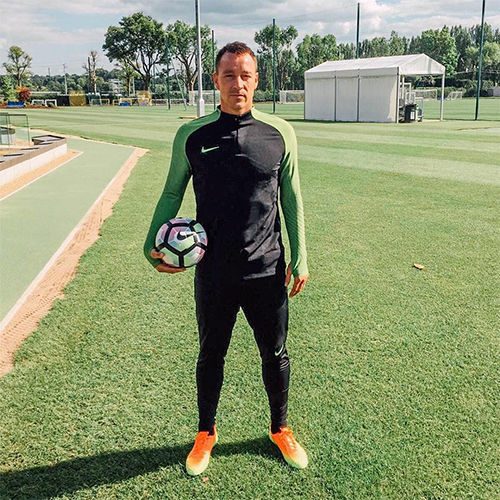 John Terry has tipped Chelsea to have a huge first season under new manager Antonio Conte.

The Blues centre-half will continue in his role as Chelsea captain for another year after the west London side decided to offer their long-serving skipper a new one-year contract.

The former England international will play under a new manager at Stamford Bridge this season after Conte was named as Jose Mourinho’s permanent successor earlier this year.

Terry has already trained under the new Blues boss before jetting off to Austria for their opening pre-season friendly, which ended in a 2-0 defeat by Rapid Vienna on Saturday.

However, the Blues skipper’s confidence ahead of the new season hasn’t been shaken by their setback against their first opponents of the 2016/17 campaign.

Terry posted the above photo on his Instagram page and wrote the following caption:

The Chelsea captain is attempting to win his fifth Premier League crown after the 35-year-old led the west London side to glory in the 2014/15 season.