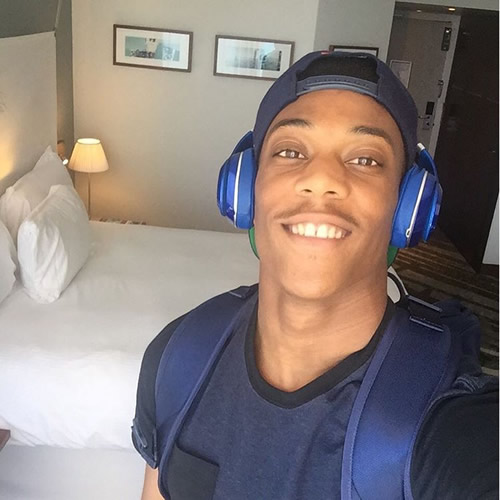 Anthony Martial has taken to social media to thank his fans for their support as he and his France team-mates prepare for Sunday’s Euro 2016 showdown with Portugal.

The Manchester United striker is currently on international duty with Didier Deschamps’ side as they bid to win the tournament on home soil.

Martial helped France book their place in the showpiece with a convincing 2-0 win over Germany in Thursday night’s semi-final clash.

And the forward is clearly looking forward to helping France try to win the trophy in front of their home crowd on Sunday evening.

Martial posted the picture above of himself all smiles in his hotel room on his personal Instagram account and wrote: “Thank you for your support we will still need you for this last game #Finale”

Martial enjoyed something of a breakthrough season last term after joining United from Ligue 1 side Monaco in a big-money deal.

He went on to establish himself as a regular in the Red Devils first team, scoring 11 Premier League goals and making four assists for his team-mates under Louis van Gaal.