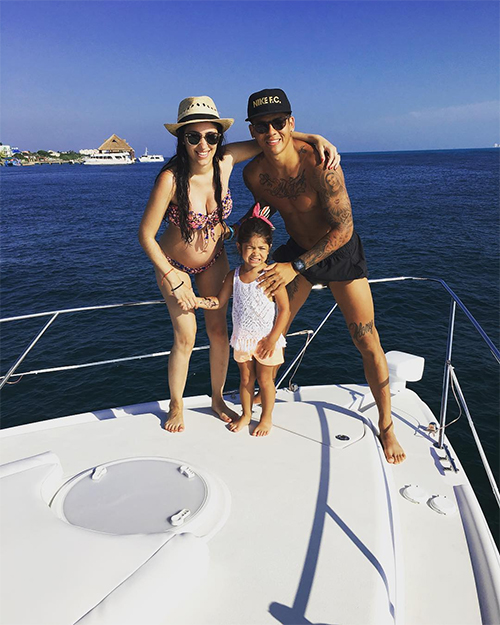 Marcos Rojo lapped up the sun with his beautiful wife and daughter on Sunday as the Manchester United defender made the most of his remaining days of freedom.

The Argentina defender endured an injury-hit 2015/16 Premier League campaign which was hampered by a series of shoulder problems and a loss of form.

Rojo will player under new United manager Jose Mourinho for the first time this term after the Portuguese coach was appointed as Louis van Gaal’s successor.

And Mourinho has been linked with bids for other defenders, which could mean further competition for Rojo in the hunt for a starting spot.

But the United defender didn’t look too concerned as he posed for a photo with his wife Eugenia Lusardo and daughter during their summer holiday on Sunday.

Rojo’s wife posted the above photo on her Instagram page and wrote the following caption: “How cute together! @ Marcos Rojo #islamujeres”