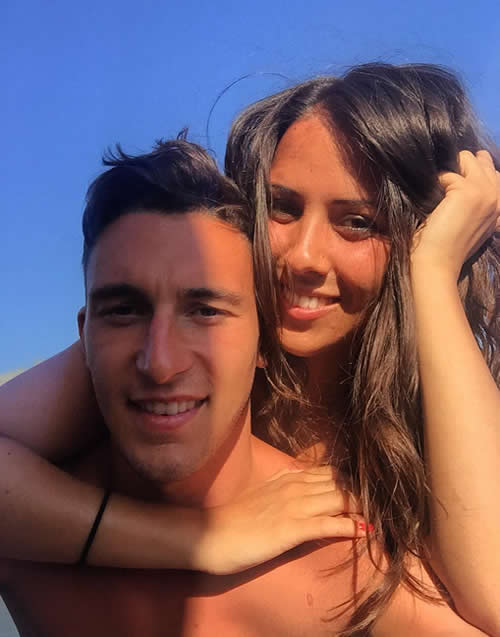 His Manchester United team-mates may be in the midst of their gruelling pre-season preparations, but Matteo Darmian is clearly enjoying his break away from football with his girlfriend in Ibiza.

Jose Mourinho and his squad are currently in China as they continue to work on their fitness levels ahead of their first campaign under the Portuguese coach.

Darmian, meanwhile, is enjoying soaking up some sunshine in Ibiza with his partner Francesca Cormanni as he approaches the end of his summer holidays

The defender has been granted an extended summer break following his involvement in Euro 2016 with Italy in France.

And he looks like he is enjoying soaking up some sunshine as he recharges his batteries.

Darmian’s girlfriend Cormanni posted the picture above on her personal Instagram account and wrote: “The sun kisses the pretty ones #lobsters @matteodarmian36”

Darmian joined United from Torino last summer and will be eager to see what the future holds for him under new manager Mourinho next season.