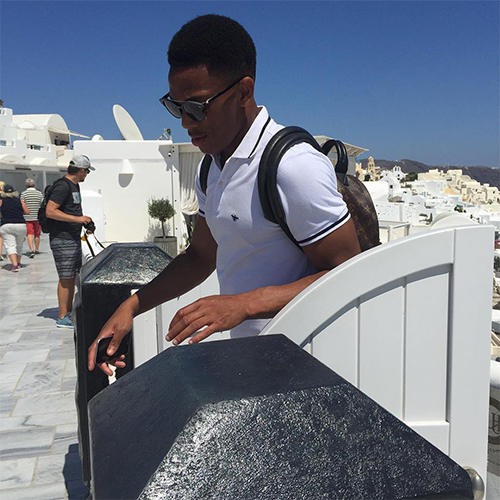 Anthony Martial waved goodbye to the Greek Island of Santorini on Wednesday as the Manchester United striker prepared to link up with Jose Mourinho’s squad.

The 20-year-old has been afforded an extended break after Martial played a part in France’s run to the European championship final this summer.

However, the United striker was unable to inspire les Bleus to glory as France suffered a 1-0 extra-time defeat by Portugal in the final in Paris.

Martial has also undergone a shirt swap ahead of the 2016/17 Premier League season, with Zlatan Ibrahimovic taking the Frenchman’s number nine jersey.

But the Frenchman looked more bothered about having to say goodbye to Santorini as the United striker turned his thoughts to the new Premier League season.

Martial posted the above photo on his Instagram page and wrote the following caption:

The France international scored 11 times in his first season in the Premier League after a £36 move to United from Ligue 1 side Monaco last summer.

United will take on Premier League champions Leicester City in the Community Shield at Wembley on 7 August.