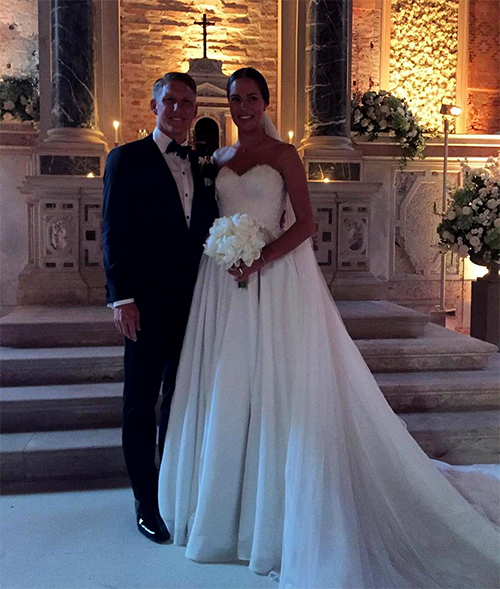 Bastian Schweinsteiger gave Manchester United supporters a glimpse into his special day with his wife and tennis star Ana Ivanovic.

The Germany international tied the knot with the 2008 French Open champion earlier this week ahead of his return to the Red Devils for pre-season training under new manager Jose Mourinho.

Schweinsteiger and Ivanovic tied the knot in the romantic Italian city of Venice as the 31-year-old helped his new spouse get over the disappointment of losing in the first round of Wimbledon.

The World Cup winner posted the above photo with Ivanovic on his Instagram page and wrote the following caption:

However, Jose Mourinho has since replaced the Dutch manager after United failed to qualify for next season’s Champions League following a fifth-placed finish.

The Red Devils did, however, win their first trophy since Sir Alex Ferguson’s retirement after a 2-1 extra-time victory over Crystal Palace in the FA Cup final.