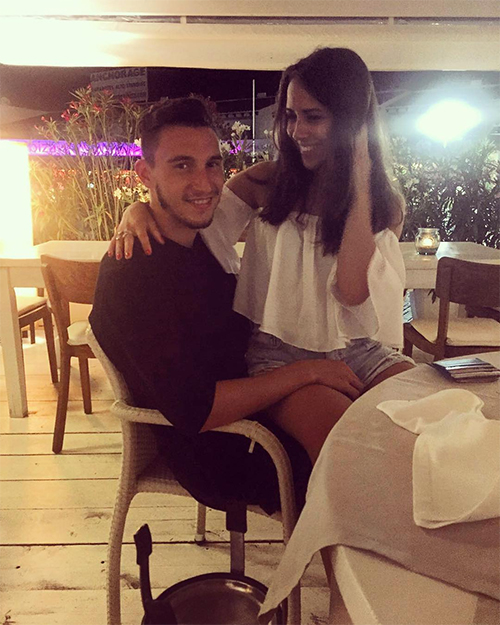 Matteo Darmian enjoyed dinner with his stunning girlfriend Francesca Cormanni on Tuesday night ahead of the defender linking up with his Manchester United team-mates.

The Italy international was part of Antonio Conte’s squad that reached the semi-finals of the European championship in France before losing to Germany in a penalty shootout.

The 20-time English champions jetted off to China for their pre-season campaign on Tuesday after a 2-0 victory over Wigan Athletic in their first game under Mourinho on Saturday.

But Darmian is still enjoying some downtime with his beautiful girlfriend Francesca ahead of linking up with the Red Devils squad.

Cormanni posted the above photo on her Instagram page and wrote:

However, Darmian did win the FA Cup with the Red Devils after a 2-1 extra-time victory over Crystal Palace at Wembley.