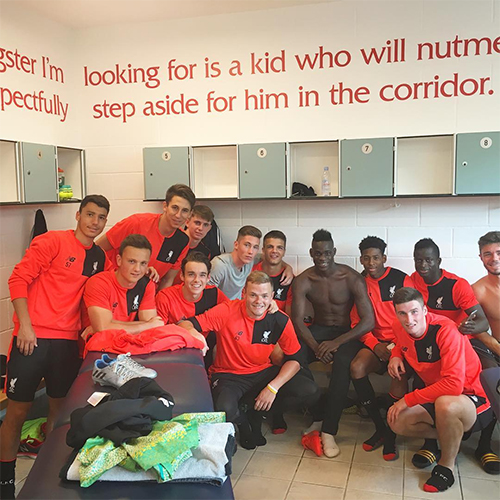 Mario Balotelli may be out of favour under Jurgen Klopp but the frozen-out striker has been training with Liverpool Reserves to get fit ahead of the new season.

The Italy international was left out of Klopp’s squad for their pre-season trip to the USA ahead of games against Chelsea and AC Milan in California this week.

Balotelli hasn’t featured for the Reds in their pre-season games so far as Liverpool were victorious over Tranmere Rovers, Huddersfield Town, Fleetwood Town and Wigan Athletic on English soil.

The 26-year-old centre-forward spent last season on loan at AC Milan but the Italian returned to the Anfield outfit at the start of the summer.

While Balotelli has been linked with a move away from Liverpool in recent weeks, the former Manchester City man doesn’t appear to be giving up on salvaging his Reds future at the moment.

Balotelli posted the above photo on his Instagram page and wrote the following caption:

The Italian striker moved to Liverpool from Milan in a £16m deal in 2014.

Balotelli scored one goal in 26 appearances in the Premier League during his first season at the Merseyside outfit.