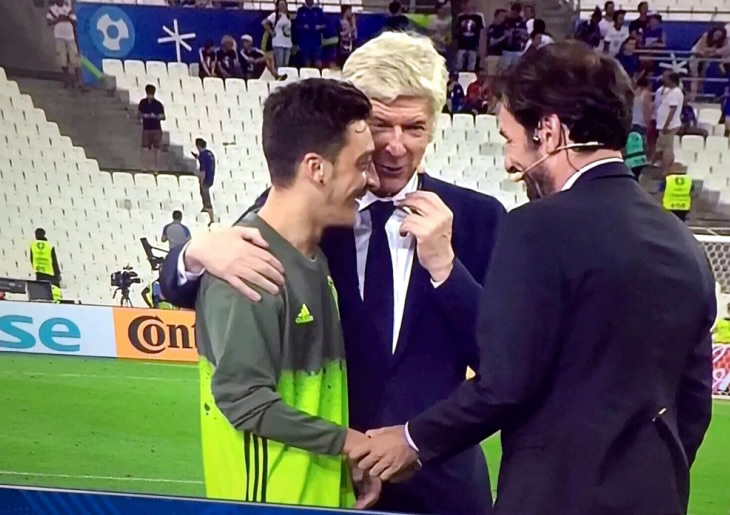 The Germany playmaker was unable to prevent Joachim Low’s side from slipping to a 2-0 defeat by hosts France as they were knocked out of the tournament at the semi-final stage.

Arsenal boss Wenger and former Gunners midfielder Pires were on media duty for French television during the Euro 2016 clash.

And Arsenal playmaker Ozil was clearly pleased to catch up with the duo on the pitch before the game, as detailed by the photo above.

Ozil will now head off on holiday to enjoy some well-earned downtime away from football after a gruelling season for the 27-year-old.

The Germany international is set to recharge his batteries in the coming weeks before reporting back to his club Arsenal to begin his preparations for next season.

Many of Ozil’s Arsenal team-mates are already back in pre-season training after not being involved in international football over the summer.