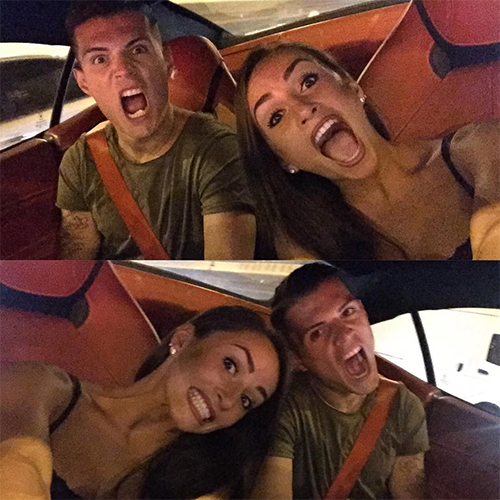 Granit Xhaka was all smiles with his beautiful fiancee as the Arsenal signing relaxed ahead of the new Premier League season.

The Switzerland international moved to the Gunners in a £33m deal from Bundesliga outfit Borussia Monchengladbach ahead of the European championship.

Xhaka featured heavily for the Swiss side as they reached the last 16 before a penalty shootout defeat by Poland prematurely ended their tournament.

The new Gunners star has been able to console himself by spending time with his gorgeous fiancee Leonita Lekaj during the off-season ahead of his first campaign at The Emirates.

And Switzerland playmaker joined Lekaj for a selfie which he posted on his Instagram page to give Arsenal supporters an insight into his holiday so far.

The Swiss midfielder scored three goals and made one assist in 28 Bundesliga appearances for Borussia Monchengladbach last season.

Arsenal finished in second place in the Premier League table after a 4-0 victory over Aston Villa on the final day of the campaign.

Zlatan Ibrahimovic explains why he is excited about Man United transfer