Photo: New Chelsea signing all smiles as Blues jet off to LA 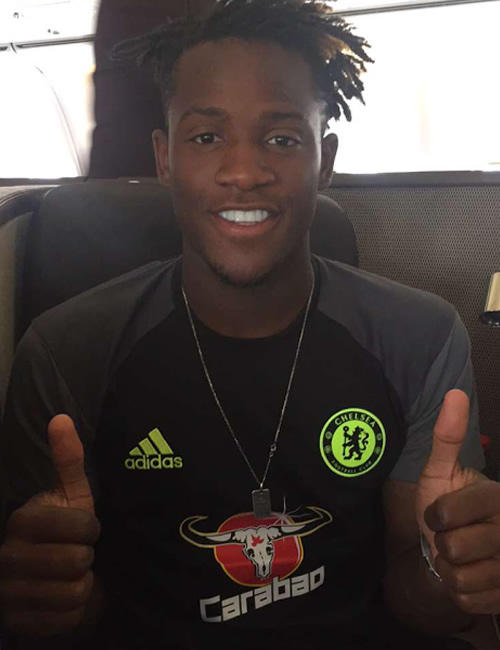 Michy Batshuayi gave the thumbs up as Chelsea jetted off to Los Angeles to continue their pre-season preparations over the weekend.

The Blues are heading Stateside to continue their build-up to their first campaign under new manager Antonio Conte at Stamford Bridge.

Batshuayi is currently settling into life as a Chelsea player following his arrival at the club from Marseille as Conte’s first signing earlier this month.

And the striker seemed to be in good spirits as he posed for the picture above, posted on Chelsea’s official Snapchat account (@chelseafc) on Saturday.

Chelsea are set to take on Liverpool in a pre-season friendly game in California on Thursday.

Conte was appointed as Chelsea’s new manager earlier this year after the Blues sacked Jose Mourinho back in December following the disastrous start to their title defence.

The west London side ended up in 10th place in the Premier League table as they missed out on European qualification.