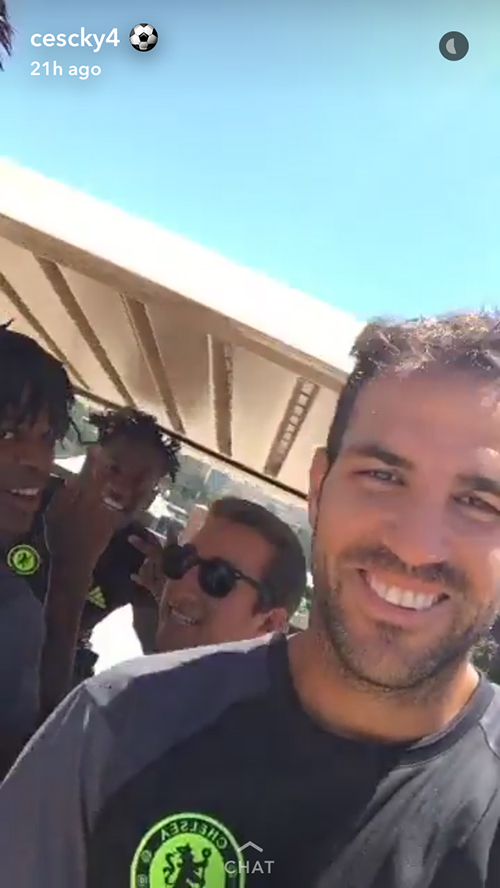 The Chelsea squad are in high spirits in California Photo: Cesc Fabregas/Snapchat

Michy Batshuayi looked to be bonding with his new Chelsea team-mates as Antonio Conte’s squad prepare for their pre-season fixture against Liverpool on Thursday.

The Belgium international completed a £34m move to the west London side from Ligue 1 outfit Marseille earlier this month after weeks of speculation.

Batshuayi made his first Chelsea appearance in a 2-0 defeat by Rapid Vienna in Austria last week following his summer switch.

The 22-year-old centre-forward scored his first goals for Chelsea last week as the Belgian netted twice in an 8-0 victory over local Austrian team Atus Ferlach.

Now, Conte’s side will take on their bitter Premier League rivals Liverpool in a pre-season friendly as part of the International Champions Cup.

And Spanish midfielder Fabregas posted the above selfie on his Snapchat account (@cescky4) along with Batshuayi and France striker Loic Remy.

The former Arsenal midfielder returned from an extended break last week after Fabregas was part of the Spain side that lost 2-0 to Italy in the last 16 of the European championship.