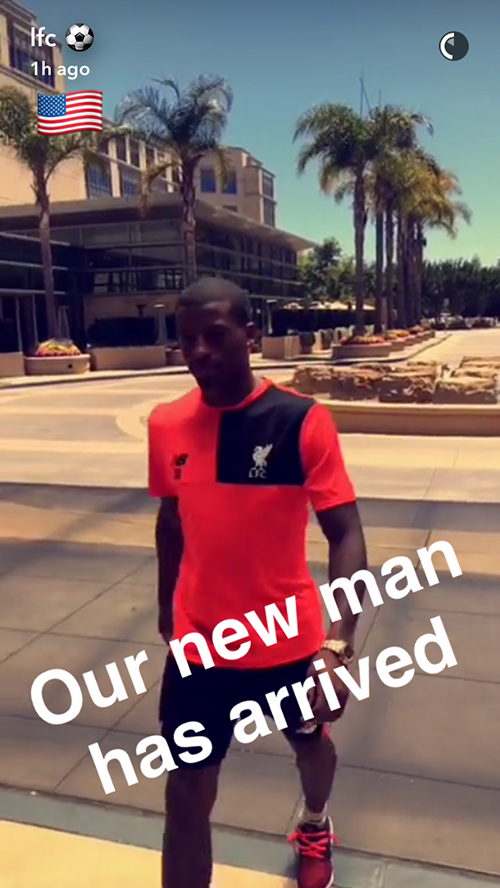 Georginio Wijnaldum landed in California on Saturday as the new Liverpool signing linked up with Jurgen Klopp’s squad.

The Netherlands international completed a much-touted switch to the Merseyside outfit on Friday after the Reds agreed a deal with Championship side Newcastle United.

Now, Wijnaldum will be tested with helping Klopp’s side secure wins against Chelsea and AC Milan in their International Champions Cup fixtures in California this week.

Liverpool’s official Snapchat account (@LFC) posted the above photo of their new signing landing in California to link up with his new team-mates on Saturday afternoon.

The 18-time English champions finished in eighth place in the Premier League table last season after a mixed initial seven months under Klopp.