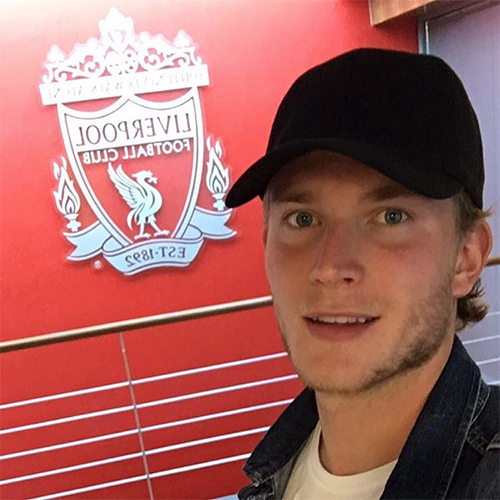 Loris Karius snapped a selfie at Melwood training ground after his first two sessions as a Liverpool player.

The Germany Under-21 international lined up with his new team-mates for the first time this weekend after the shot stopper completed a £4.7m move from Bundesliga side Mainz in May.

Karius, who started his career at Liverpool’s Premier League rivals Manchester City before a return to his native Germany, has been handed the number one shirt at Anfield.

And the 23-year-old posed for a selfie in Melwood training ground following his second pre-season training session ahead of his first Premier League campaign.

The German shot stopper made 96 appearances for Mainz during four seasons at the Bundesliga outfit.

Karius has made one appearance for the Germany Under-21 international side after having worked his way up through the national team’s youth system.

The new Liverpool number one will compete with Simon Mignolet for a place in Jurgen Klopp’s starting line-up next term.