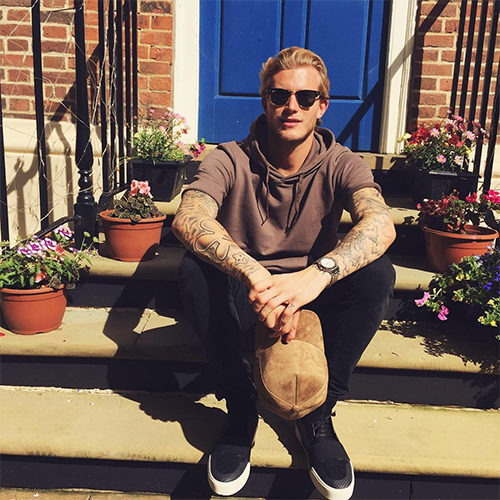 Loris Karius was making the most of some rare Merseyside sunshine on Thursday after helping Liverpool secure a second successive pre-season victory.

The Germany Under-21 international started his second game for the Reds on Wednesday night as Jurgen Klopp’s side eased to a 5-0 victory over Fleetwood Town.

Karius has kept back-to-back clean sheets after the 18-time English champions were 1-0 winners against Merseyside rivals Tranmere Rovers at the weekend.

The 21-year-old was Klopp’s first signing of the summer transfer window after the Reds signed the shot stopper in a £4.7m deal from Bundesliga side Mainz.

And Karius appears to be settling into life as a Liverpool player after he posted a stylish snap on his Instagram page on Thursday afternoon.

“Enjoying the sunny afternoon in my new hood! 😎✌🏼 #LK1 @liverpoolfc”

The German shot stopper was previously part of Manchester City’s youth set up before returning to his native Germany in 2012.

Liverpool finished in eighth place in the Premier League table last season as well as losing to Manchester City and Sevilla in cup finals.

The Reds will start the new Premier League season with an away trip to Arsenal.