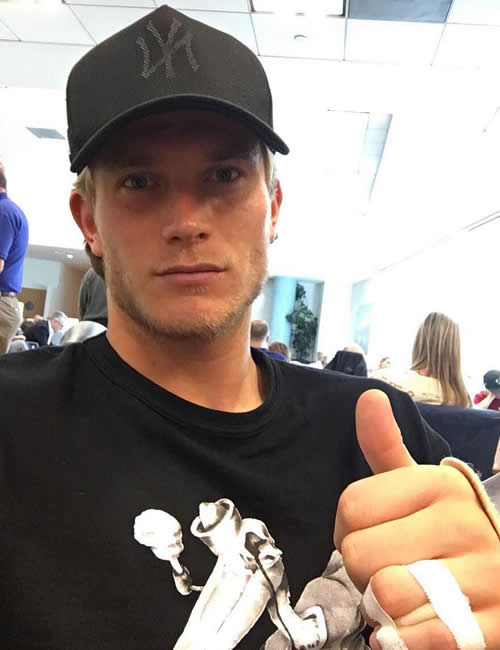 Loris Karius has taken to social media to insist that he will continue to stay as positive as possible after his disappointing injury setback following his transfer to Liverpool this summer.

Jurgen Klopp confirmed on Friday night that the goalkeeper – who signed for the Reds from German side Mainz earlier this summer – would be out of action for a number of weeks after suffering a broken hand in Wednesday night’s 1-0 defeat by Chelsea in their International Champions Cup clash in Pasadena.

It marks a frustrating start to life at Liverpool for Karius, who would have been hoping to challenge first-choice goalkeeper Simon Mignolet for a place in the Reds’ starting line-up in the early stages of the season.

However, the new Liverpool signing used his personal Instagram account to insist that he is staying positive as he now turns his attentions to a quick recovery.

Karius posted the picture above on his personal Instagram account on Saturday morning and wrote: “No time for negative thoughts. I’ll do everything to come back as soon as I can to join the lads again.

“It’s a long season and we have big plans. I wont let a broken hand stop me from chasing my dreams! #nevergiveup #LK1 #LFC @liverpoolfc”