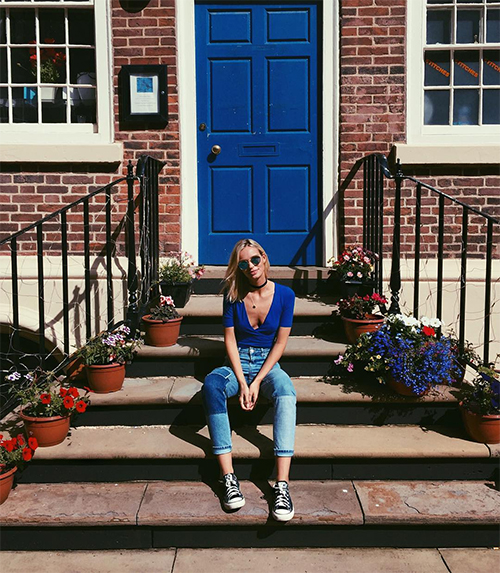 Loris Karius has already proven a hit with the Liverpool supporters but his girlfriend is in danger of outshining the German goalkeeper.

The 23-year-old became Jurgen Klopp’s first signing of the summer transfer window after Karius completed a £4.7m switch to the Merseyside outfit from Bundesliga side Mainz in May.

The former Manchester City man has been handed the number one shirt and Jurgen Klopp’s decision appears justified after back-to-back clean sheets in wins against Tranmere Rovers and Fleetwood Town.

The young German goalkeeper’s girlfriend Annelie Alpert has also made the move to the English city and the blonde beauty has seemingly already fallen in love with the city.

Alpert posted the above photo on her Instagram page and wrote the following caption:

Liverpool were 1-0 winners against Merseyside rivals Tranmere Rovers in their first pre-season friendly of the summer last weekend.

Klopp’s side start their Premier League campaign with a trip to Arsenal on 14 August.