Henrikh Mkhitaryan looks to be comfortable with life at Manchester United 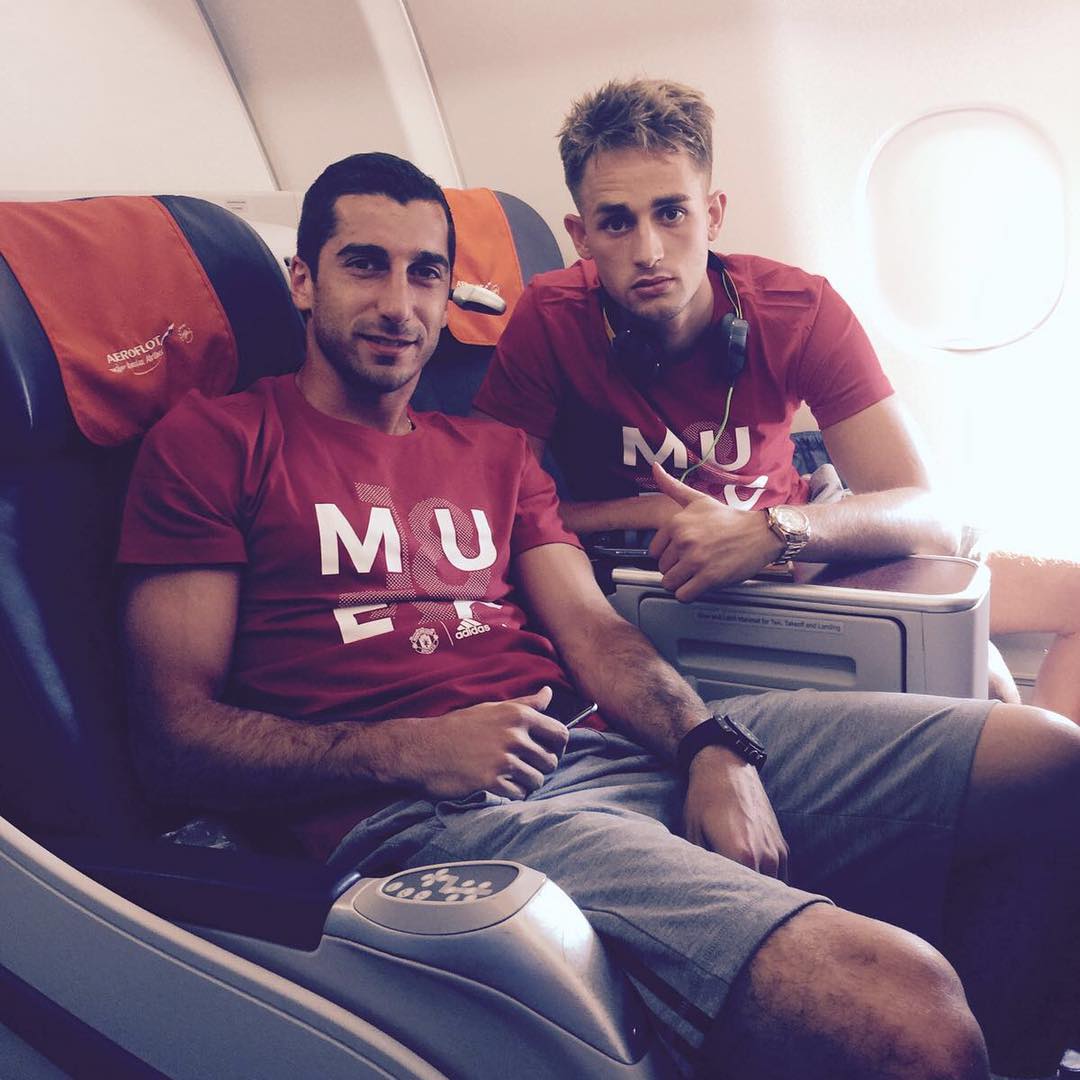 Henrikh Mkhitaryan looked to be in good spirits as he posed for a picture with Adnan Januzaj as Manchester United jetted off to China for their pre-season tour.

Jose Mourinho’s squad flew to the far east on Tuesday afternoon as they prepare to continue their pre-season preparations.

Mkhitaryan became United’s third signing of the summer transfer window earlier this month as he joined the Red Devils from Borussia Dortmund.

And the Armenia international looked to be right at home as he sat next to Januzaj on United’s flight to China.

Mkhitaryan posted the picture above on his personal Instagram account on Tuesday evening and wrote: “Heading to China for #MUTOUR”

United moved quickly to appoint Mourinho as the club’s new manager back in May after the disappointment of their fifth-placed finish under Louis van Gaal last season.

The Red Devils won the FA Cup in Van Gaal’s final game in charge but missed out on a place in next season’s Champions League.