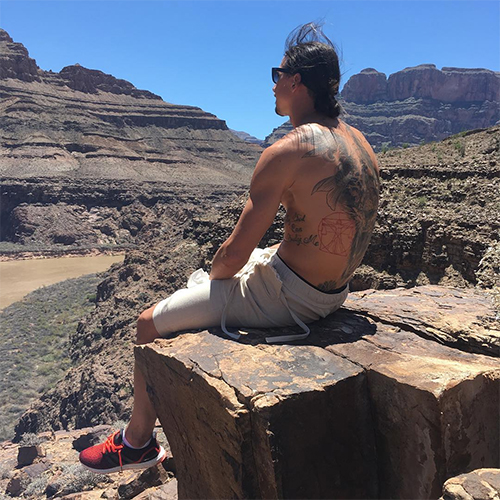 Zlatan Ibrahimovic may have finally come clean about his new club for the 2016/17 season but the striker is still teasing Manchester United supporters on Instagram.

The retired Sweden international kept his social media followers guessing as to the next stop in a well-travelled professional football career throughout much of the summer.

However, Ibrahimovic finally revealed that he would be joining the Red Devils earlier this month as the veteran centre-forward links up with his former manager, Jose Mourinho.

The 34-year-old was unable to help the Sweden national team progress from their Euro 2016 group in France and Ibrahimovic is currently away on his summer holidays.

But Ibrahimovic still managed to find sufficient phone coverage to upload a photo on his Instagram page to keep United supporters guessing about his whereabouts as some of his new team-mates started pre-season training on Monday.

Ibrahimovic posted the above photo and wrote on the photo-sharing app:

“Somewhere in the world”

The giant centre-forward won his fourth successive Ligue 1 title in his final season as a Paris Saint-Germain player.

Ibrahimovic won the Serie A crown alongside new United manager Mourinho during their time together at Inter Milan.