The Paul Pogba transfer saga rumbles on... to Route 66 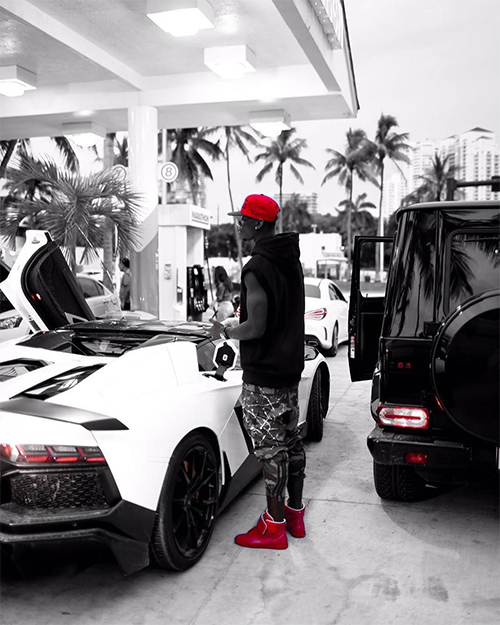 Paul Pogba has been teasing Manchester United supporters on Instagram again after the Juventus midfielder posted a cryptic update from his holiday in the United States.

The France international has been heavily linked with a move to the 20-time English champions throughout the summer transfer window although a big-money switch has failed to materialise thus far.

The Guardian are reporting that Pogba will complete a £100m switch to the Red Devils imminently and the same story claims that United are now in negotiations with agent Mino Raiola over his fee.

Pogba posted a photo with his outspoken representative – who also works for new United signing Zlatan Ibrahimovic – in a swimming pool in Miami earlier this week as the Frenchman switched off from the transfer gossip.

However, the 23-year-old’s latest Instagram post had a distinct red theme in what some Red Devils supporters interpreted as a sign that Pogba is Old Trafford-bound in the coming days.

Pogba posted the above photo and wrote the following caption:

The French playmaker has won four successive Serie A titles and two Coppa Italias since his move to Turin in 2012.