Joe Gomez has updated Liverpool supporters on his latest injury 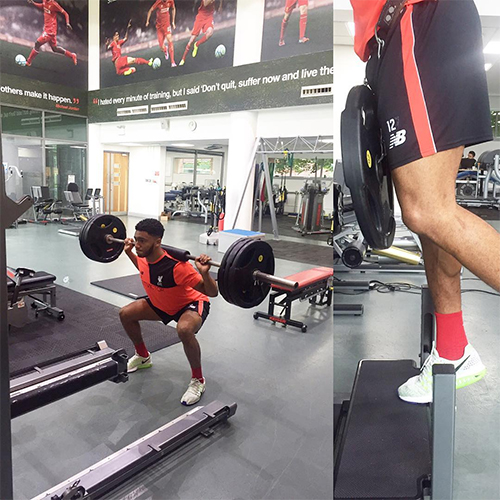 Joe Gomez is even more determined to come back stronger from injury after the Liverpool defender suffered an ankle problem during his rehab earlier this week.

The England Under-21 international still hasn’t kick a ball under Jurgen Klopp following the 48-year-old’s appointment as Brendan Rodgers’s successor in October.

Gomez suffered a serious knee injury during an international game last year which brought the highly-rated defender’s season to a premature end.

The 19-year-old has been working his way back to full fitness but the fresh Achilles problem means Gomez is expected to miss the start of the season.

However, the versatile Liverpool defender is refusing to be downbeat about his setback after posted the above photo on his Instagram page of his rehab.

Gomez wrote the following caption on the photo-sharing app:

“Setback in my return to training with an Achilles tendinopathy… Rehab is rarely a smooth path. No issues with my knee… Feels strong and healthy. Thanks for the messages of support. I’ll be hungrier than ever when I return! ‘Perseverance is stubbornness with a purpose'”

Liverpool signed the teenager in a £5m deal from Charlton Athletic in 2015.

Gomez started at left-back in Liverpool’s opening three Premier League games of the season, particularly impressing in a goalless draw with Arsenal at the Emirates Stadium.

Liverpool start their 2016/17 Premier League campaign with an away clash at Arsenal.