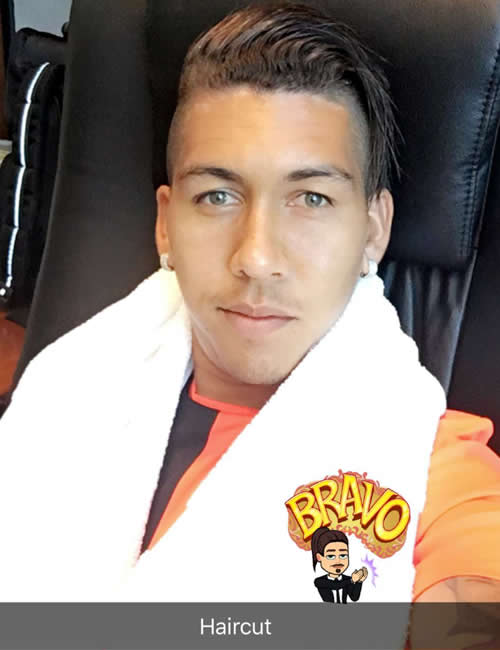 Roberto Firmino may be in the midst of his pre-season preparations with Liverpool – but that is not stopping the Brazilian from making sure he is looking as sharp as possible.

The Brazilian playmaker used his personal Snapchat account to update fans on his latest look on Tuesday evening as Jurgen Klopp’s men continue their pre-season tour of America.

Firmino posted the picture above on his personal Snapchat account (@rfirmino1) and wrote: “Haircut”.

Klopp’s side are currently in California as they continue their pre-season tour of the US.

The German coach is currently preparing for his first full season in charge at Anfield following his appointment as the club’s new manager back in October.

The Reds are set to play Chelsea in their next pre-season friendly on Thursday, before taking on AC Milan on Sunday.

The Merseyside outfit finished in eighth place in the Premier League table in Klopp’s first season in charge at the club.