Photo: Steven Gerrard catches up with Liverpool midfielder in LA

The former Liverpool captain poses for a photo with Emre Can 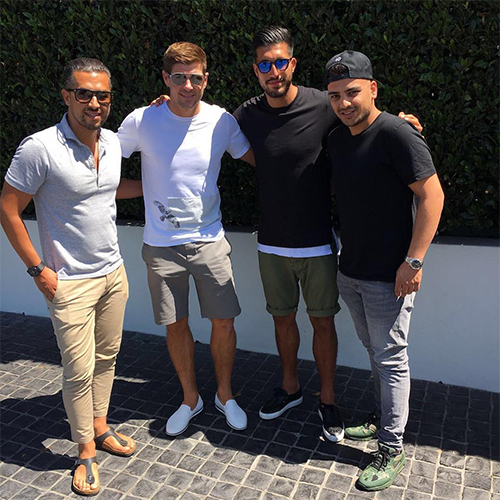 Steven Gerrard may be a LA Galaxy star now but the midfielder still has time for his former Liverpool team-mates.

Germany international Emre Can is currently on an extended holiday ahead of his return to pre-season training after a demanding European championship campaign which ended in a semi-final defeat.

The Liverpool man was part of Joachim Low’s Germany side that suffered a convincing 2-0 loss to France in the last-four clash following Antoine Griezmann’s brace for the hosts.

Can has been hanging out with his Arsenal rival Mesut Ozil during the summer break before renewing their domestic rivalry at The Emirates in their opening Premier League fixture on 14 August.

However, the 22-year-old found time to catch up with his former captain and Liverpool legend Gerrard in Los Angeles on Monday afternoon.

Gerrard posted the above photo on his Instagram page and wrote the following caption:

Can and Gerrard played together for one season at Anfield after the German swapped Bayer Leverkusen for Liverpool in 2014.