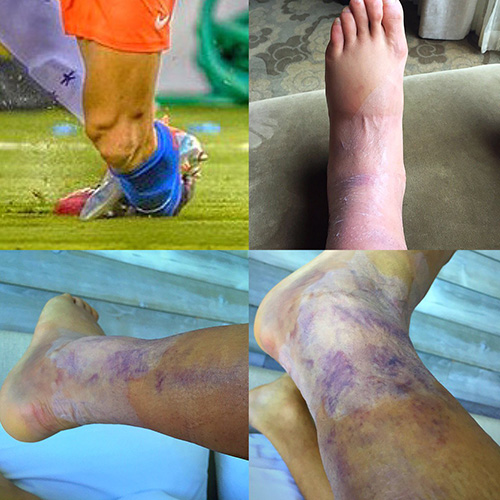 Alexis Sanchez has taken to Twitter to provide Arsenal supporters with an update on his ankle injury.

The 27-year-old forward was forced off in the first half of extra-time during the Copa America final after suffering a serious ankle injury.

The defending champions went on to retain their Copa America title on penalties as Argentina suffered a penalty shootout for the second successive year.

However, Chile’s title success may have come at a price for Arsenal following Sanchez’s horror ankle injury.

Sanchez posted a photo of his swollen ankle on Twitter on Thursday with a brave caption accompanying the horror images.

Sanchez wrote: “YOUR BODY CAN ENDURE ALMOST EVERYTHING… IT IS YOUR MIND THAT YOU HAVE TO CONVINCE”

Arsenal were handed a boost earlier on Thursday afternoon after Juventus ended their interest in the Chile international.

The Gunners will start their pre-season with a tour to the United States for friendly matches in San Jose and Los Angeles at the end of July.