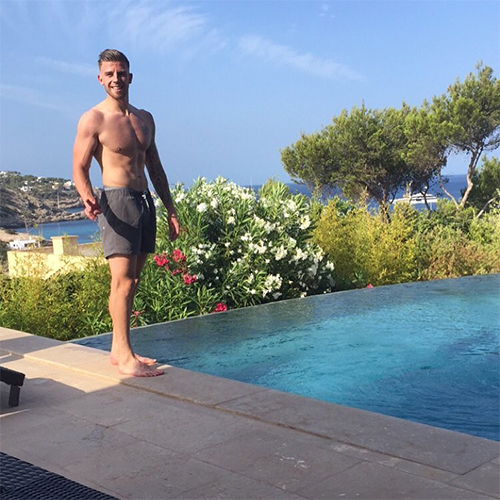 Toby Alderweireld arrived in Ibiza for a sunny break on the Mediterranean island ahead of Tottenham Hotspur’s new Premier League season.

The Spurs centre-half played a key role in Belgium’s attempts to win the European championship in France over the past month.

However, Alderweireld was unable to keep Wales at bay in the last eight as Chris Coleman’s side beat the Red Devils 3-1.

Alderweireld was named in the PFA Premier League team of the year after an impressive first season at White Hart Lane.

But the Belgium defender is enjoying a few more days of freedom before preparing for what should be an intense pre-season regime under Tottenham manager Mauricio Pochettino.

Alderweireld posted the above photo on his Instagram page and wrote the following caption:

The 27-year-old scored four goals and made two assists in 38 Premier League appearances for the Lilywhites last season.

Tottenham finished in third place in the English top-flight table after Arsenal hoisted themselves about their bitter north London rivals thanks to Spurs’s 5-1 defeat by Newcastle United on the final day of the season.