Photo: Two new Chelsea signings all smiles in the US 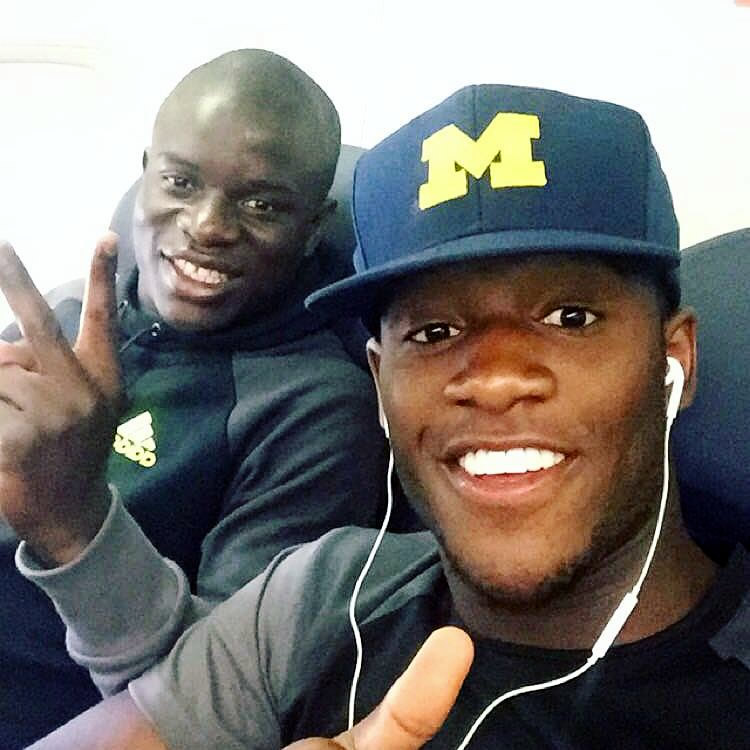 Michy Batshuayi looked to be in good spirits as he snapped a selfie with N’Golo Kante during Chelsea’s pre-season tour of America on Sunday morning.

The Blues are currently recovering after Antonio Conte’s men suffered a 3-2 defeat by Real Madrid in their most recent pre-season friendly clash in the United States.

Both of the summer signings are getting used to life with the west London club after completing their respective transfer to the club this month.

And both Kante and Batshuayi looked upbeat as they posed for a selfie on Sunday morning following Chelsea’s latest pre-season game.

Batshuayi posted the picture above on his personal Instagram account and wrote: “New guy in town 😏👊 Everyone say hello to @nglkante ✌ #CFC”

Chelsea are getting to grips with life under new boss Conte following the Italian’s appointment as the club’s new manager earlier in the summer.

The former Juventus coach has been tasked with guiding Chelsea back to the top of English football after their 10th-placed finish last season.