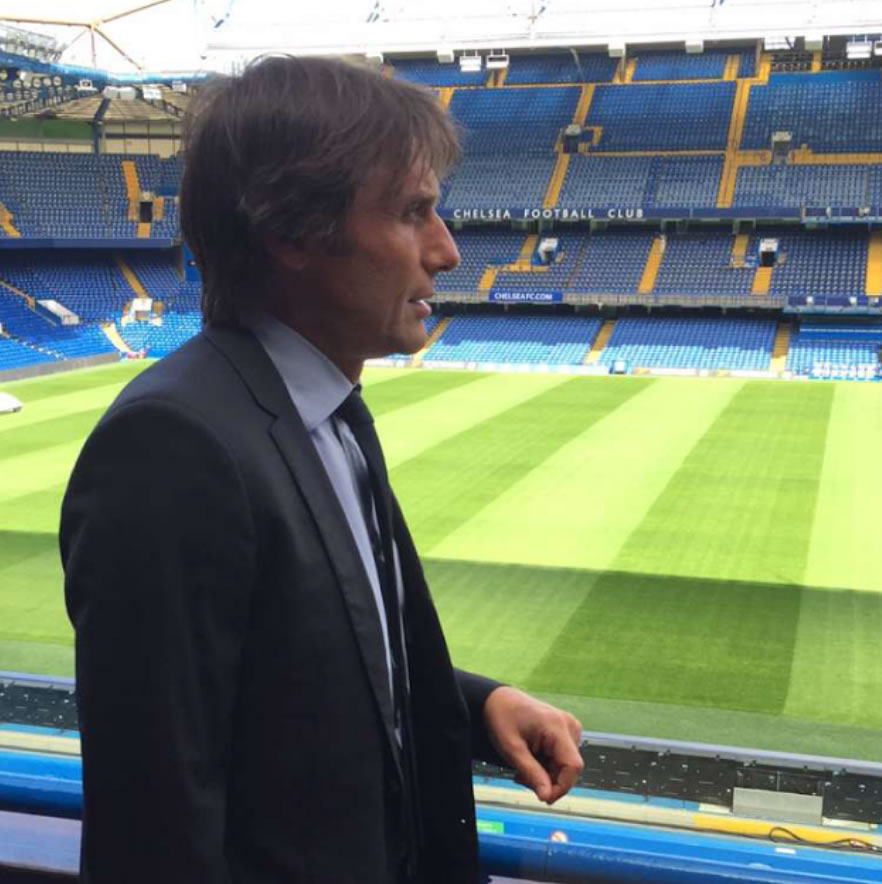 Antonio Conte looked to be in good spirits as he visited Stamford Bridge on Thursday afternoon before his official Chelsea unveiling.

The Italian was shown around the west London club’s home ground before the new Chelsea head coach was paraded in front of the media at his news conference.

Conte looked to be in good spirits as he held up a Chelsea shirt for the gathered media following his arrival at the club.

The former Juventus boss has taken charge of his first few training sessions at Chelsea’s Cobham base in recent days as they gear up for the new season.

Conte has been appointed as Chelsea’s new manager following the sacking of Jose Mourinho back in December.

Here are some of the best pictures as Conte was unveiled as Chelsea’s new head coach.