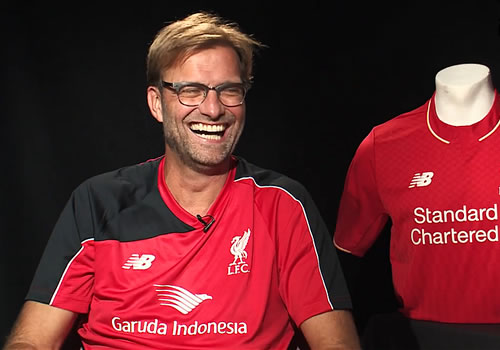 Lucas Moura has played down reports suggesting he could be set to secure a move to Liverpool in the summer transfer window.

The 23-year-old Brazilian has struggled to find consistent form since moving to the French club from Sao Paolo in a big-money deal back in 2013.

Moura has been touted as a target for Liverpool in recent months as Jurgen Klopp prepares for his first full season in charge of the Merseyside outfit.

However, the player himself has now insisted that he knows nothing about the reported link to the Merseyside outfit and says that he is purely interested in stepping up his performances for Paris Saint-Germain in the coming months.

Moura is quoted as saying by Globo Esporte: “I’m not aware of anything, I’m just knowing what’s coming out on the Internet by the press.

“He [Klopp] had no contact with me, it’s just speculation – summed up in a news conference.

“I want to do a good pre-season and wait for Tite’s next Brazil squad. I’m sure he’ll be watching us all playing in Europe.

“Of course I am hoping to return to the national team and establish myself there, but my first focus is to establish myself at PSG as a starter and then I’m sure the opportunity will appear.”

Liverpool confirmed the signing of Joel Matip on a free transfer from Schalke on Friday after having initially agreed the deal last season.

Klopp is still believed to be on the lookout for a number of new Liverpool players this summer as he prepares for his second season in charge at Anfield.

Photos: Arsenal man ready to report back for pre-season training

Photo: New Arsenal signing relaxes with his girlfriend ahead of pre-season