Roberto Firmino had a message for two Liverpool players on Tuesday... 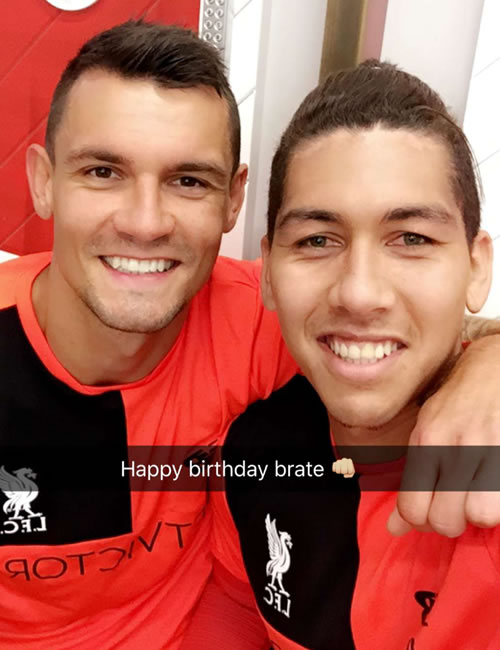 The Brazilian playmaker is back on Merseyside and has been taking part in pre-season training as Jurgen Klopp’s side begin their preparations for the new campaign.

Klopp is currently gearing up for his first full season in charge at Anfield after his appointment as Brendan Rodgers’ successor back in October.

Lovren turned 27 on Tuesday, while Moreno celebrated his 24th birthday on the same day.

And Firmino used his personal Snapchat account to send his best wishes to the Liverpool duo on Tuesday afternoon.

Klopp will be hoping to help Liverpool improve their domestic form next season after their eighth place finish in the Premier League led to them missing out on a place in Europe in the 2016-17 campaign. 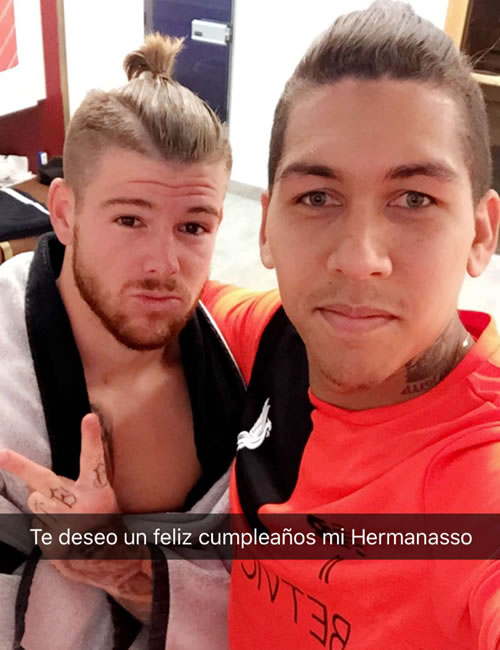 The Reds reported back to Melwood to begin their pre-season preparations on Saturday as Klopp’s first full campaign in charge draws ever nearer.