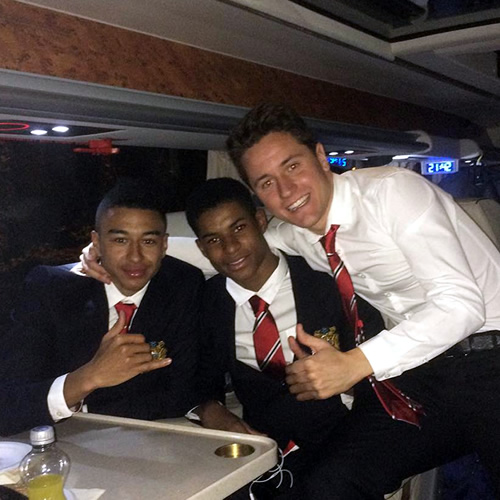 Ryan Giggs has claimed that Zlatan Ibrahimovic will bring out the best in Manchester United striker Marcus Rashford.

The Red Devils completed the signing of the retired Sweden international on Friday afternoon after the towering centre-forward passed a medical at the Carrington training ground.

The former AC Milan and Juventus striker netted 38 times in 31 Ligue 1 games for French champions Paris Saint-Germain in the 2015/16 season.

And Giggs, who ended his 21-year association with the Red Devils following Mourinho’s appointment this week, backed Ibrahimovic to help United youngster Marcus Rashford to improve.

“By all accounts he’s a very good pro, he’s a winner like I’ve said and Marcus can only learn from someone like that. He’s world class,” Giggs said during ITV’s Euro 2016 coverage.

Rashford enjoyed a breakthrough season at Old Trafford last term after the England international scored five times in 11 Premier League games in the second half of the season.

The United teenager managed to net against Arsenal and Manchester City during his prolific start to life as a Premier League player.

The Red Devils finished in fifth place in the Premier League table last term after narrowly missing out on a place in next season’s Champions League.

New Liverpool signing explains how Jurgen Klopp can help him