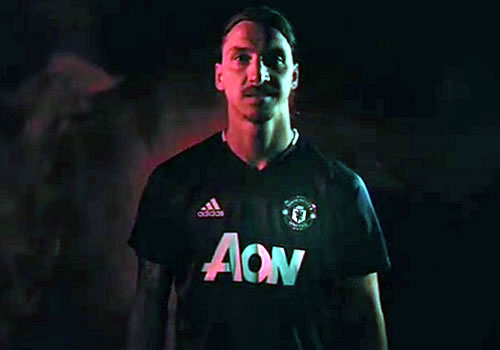 Zlatan Ibrahimovic has claimed that his experience will benefit the likes of Marcus Rashford and Anthony Martial at Manchester United next season.

The Swedish striker finally completed his transfer to Old Trafford on Friday after months of speculation linking him with the Red Devils.

Ibrahimovic, 34, joined the Red Devils on a free transfer after being released by Paris Saint-Germain at the end of last season.

The veteran forward will bring some valuable experience with him to Old Trafford as he gears up for Jose Mourinho’s first campaign in charge at the club.

And the former Inter Milan striker feels that he will be able to help the likes of Rashford and Martial to develop next season.

Asked if his experience could help the likes of Martial and Rashford, Ibrahimovic told MUTV: “I think so.

“First of all it is up to every player. If you are professional and working hard enough then you will succeed.

“You will become a top player. I will do my best to help everybody, not only the two names you gave. Even the club, to bring it up to where it belongs and that is at the top of the table.”

Ibrahimovic is United’s second signing of the summer transfer window after the arrival of 22-year-old defender Eric Bailly from Villarreal.