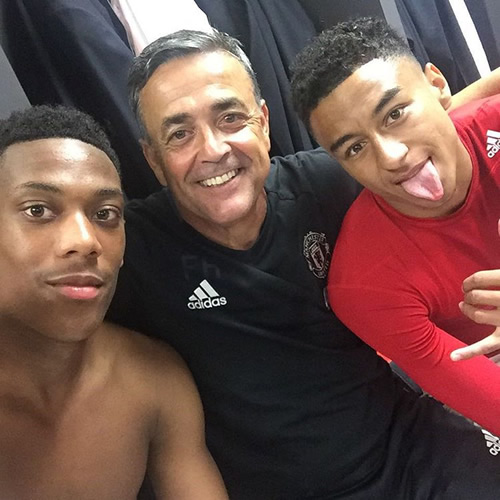 Anthony Martial has taken to social media to praise Jesse Lingard for the quality of his goal in Manchester United’s 2-1 Community Shield win over Leicester City on Sunday.

Lingard opened the scoring at Wembley with a superb solo effort in the 32nd minute to send Jose Mourinho’s men on their way to victory.

The Premier League champions fought back and equalised thanks to Jamie Vardy’s strike seven minutes after half-time.

Martial, who played for 70 minutes of the game, was clearly impressed by Lingard’s strike.

The French striker took to Instagram after the game, posting the picture above on the app and writing: “What a goal @jesselingard.”

Manchester United – who won the FA Cup and finished fifth last season – will now turn their attentions towards preparing for their Premier League opener against Bournemouth next Sunday.