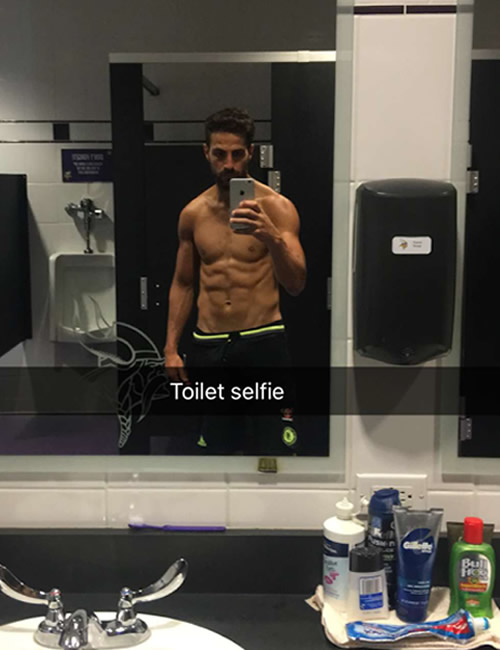 Cesc Fabregas looks to be taking his physical condition very seriously as he prepares for his first season at Chelsea under new manager Antonio Conte.

The Spain midfielder enjoyed an extended summer holiday following his involvement in Euro 2016 with his country but has clearly been making sure that he is in peak physical shape.

Fabregas has been training with his team-mates during the club’s pre-season tour to America and the Blues will now turn their attentions back to the start of the Premier League season.

Chelsea kick off the new campaign with a home clash against West Ham United on Monday 15 August as Conte looks to get his first season in England off to a winning start.

And Fabregas has underlined his determination to make sure he is in top shape ahead of the new season.

The 29-year-old posted the picture above on his personal Snapchat account (@cescky4) on Monday night and wrote: “Toilet selfie.”

Chelsea finished 10th in the Premier League last season following the sacking of Jose Mourinho back in December.