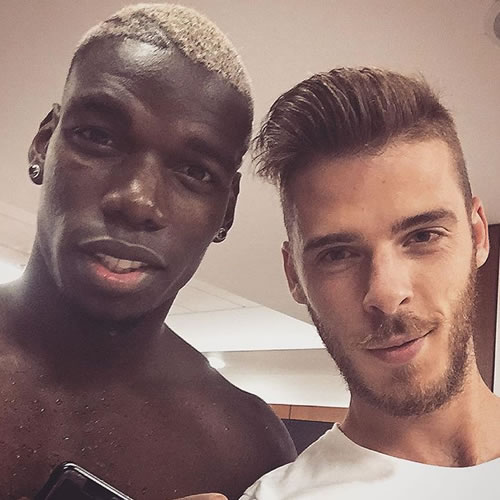 Paul Pogba looked in good spirits as he posed for a picture with David De Gea after Manchester United training on Wednesday.

The France midfielder is getting used to life back at Old Trafford after finally completing his big-money transfer from Juventus in the early hours of Tuesday morning.

Pogba signed a five-year contract with the Red Devils after the relentless speculation linking him with a switch back to the Premier League outfit.

And the 23-year-old seemed to be in good spirits as he posed for a picture with De Gea after training at Carrington.

De Gea posted the picture above on his personal Instagram account on Wednesday evening and wrote: “Welcome home #PogbaPower”

Manchester United are currently gearing up for their Premier League opener against Bournemouth this weekend.

It remains to be seen whether Jose Mourinho will choose to involve new signing Pogba in the game as the Portuguese coach prepares for his first Premier League match as United boss.