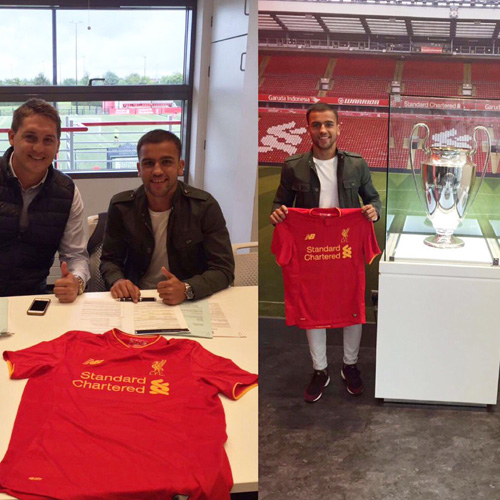 The 19-year-old took to Twitter on Thursday night to confirm his move to Anfield as he posed with a Liverpool shirt in a photo which he posted on the social media site.

Juanma is expected to work with the Liverpool Under-23 side after the young defender went on trial with Michael Beale’s side ahead of his permanent move to Anfield.

The Spanish youngster took to his Twitter page to post the above photo after sealing his switch to the 18-time English champions.

Juanmata sent a message to his former club Barcelona following his move to Liverpool after his successful trial at Anfield.

Former Liverpool defender Jamie Carragher has urged Jurgen Klopp to sign a new left-back to provide competition for Alberto Moreno ahead of the new season.

The Reds have signed seven players in the summer transfer window so far, starting with the £4.7m addition of Germany Under-21 goalkeeper Loris Karius.