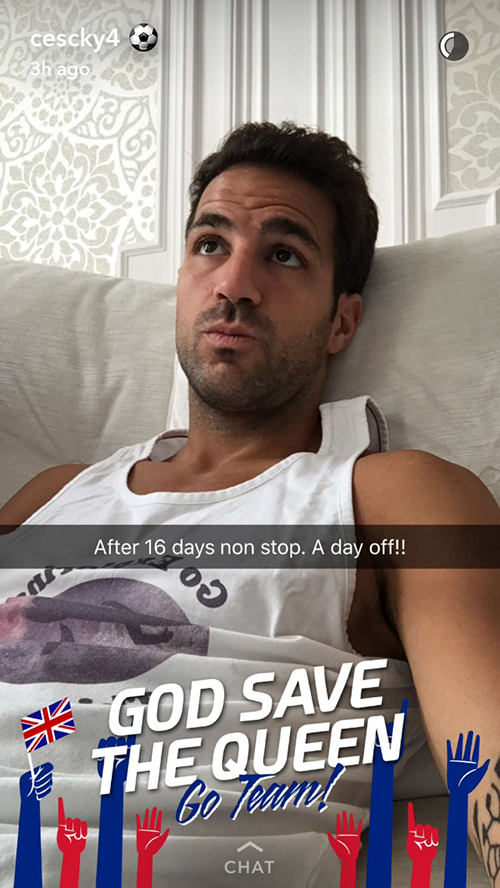 Cesc Fabregas was making the most of some rare downtime as the Chelsea midfielder relaxed on Friday evening.

The Blues returned to the English capital after the end of their tour of United States which saw Antonio Conte’s side face bitter rivals Liverpool, Champions League holders Real Madrid and Serie A giants AC Milan.

The west London side started their Stateside fixtures with a 1-0 victory over Jurgen Klopp’s men at Rose Bowl in Pasadena before the Blues lost 3-2 to Los Blancos despite Eden Hazard’s brilliance.

However, the 2015 Premier League champions ended their USA tour on a positive note after Oscar scored twice in a 3-1 victory over Milan in Missouri.

And Fabregas, who made headlines for the wrong reasons after receiving a red card for a dangerous tackle on Liverpool defender Ragnar Klavan, posted the above selfie on his Snapchat account (@cescky4) as he put his feet up ahead of some more pre-season training ahead of the start of the Premier League.