Photo: Cesc Fabregas relaxes with his wife ahead of Chelsea v West Ham 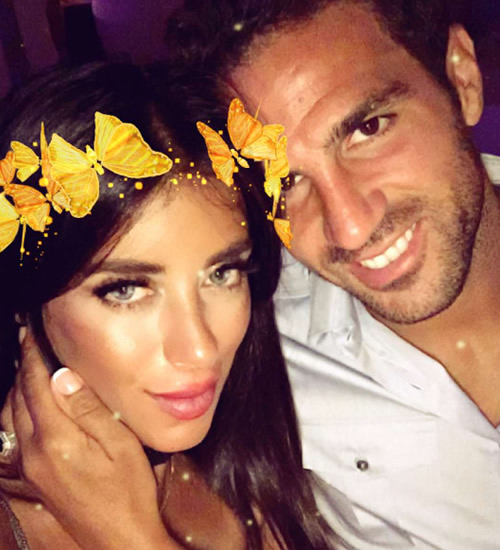 Cesc Fabregas looked to be in good spirits as he posed for a picture with his wife Daniella as he and his Chelsea team-mates prepare for their Premier League opener against West Ham on Monday night.

The Blues are currently gearing up for their first season under new manager Antonio Conte after the Italian’s appointment as Jose Mourinho’s permanent successor at Stamford Bridge.

Fabregas will be hoping to stake his claim for a regular spot in the Chelsea first team this season as Conte looks to help the Blues bounce back from their disappointing season last term.

And the 29-year-old midfielder seemed to be in good spirits as he posed for a picture with his wife on Monday night.

Fabregas uploaded the picture above onto his personal Snapchat account (@cescky4) without a caption.

The Blues are preparing to welcome West Ham to Stamford Bridge on Monday night as they prepare for the 2016-17 campaign under their new boss.