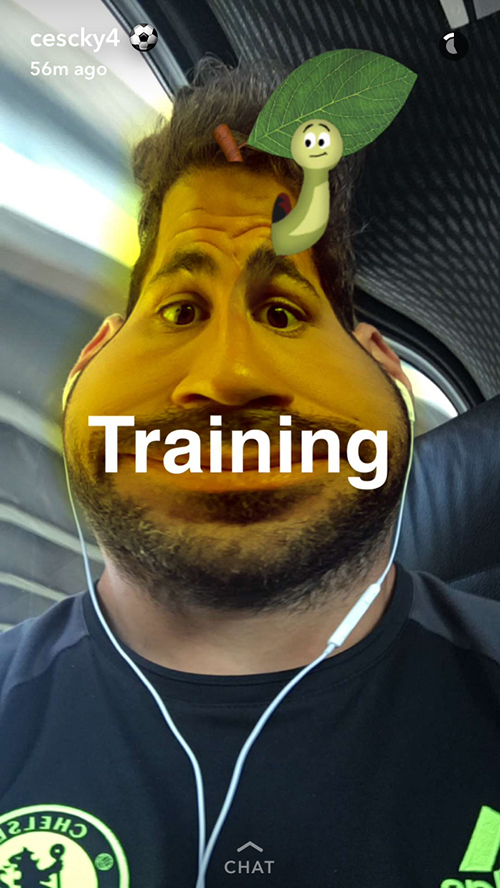 Cesc Fabregas could be suffering from a bout of boredom in United States as the Chelsea midfielder experimented with Snapchat filters en route to training on Wednesday.

Antonio Conte’s are still based in Missouri ahead of their final game Stateside against AC Milan as the Blues look to improve their 50 per cent win rate this summer.

Chelsea were 1-0 winners against their bitter Premier League rivals Liverpool in Pasadena before the west London side suffered a 3-2 loss to Champions League holders Real Madrid at the weekend.

Fabregas received a red card during their victory over Jurgen Klopp’s side following a late challenge on Estonia defender Ragnar Klavan at the Rose Bowl last month.

The 29-year-old midfielder is still in high spirits, though, as he posted the above photo on his Snapchat account (@cescky4) on Wednesday ahead of their latest training session.

Fabregas won his first Premier League title in 2015 after the midfielder moved to Chelsea in a £27m deal from La Liga giants Barcelona in two years ago.