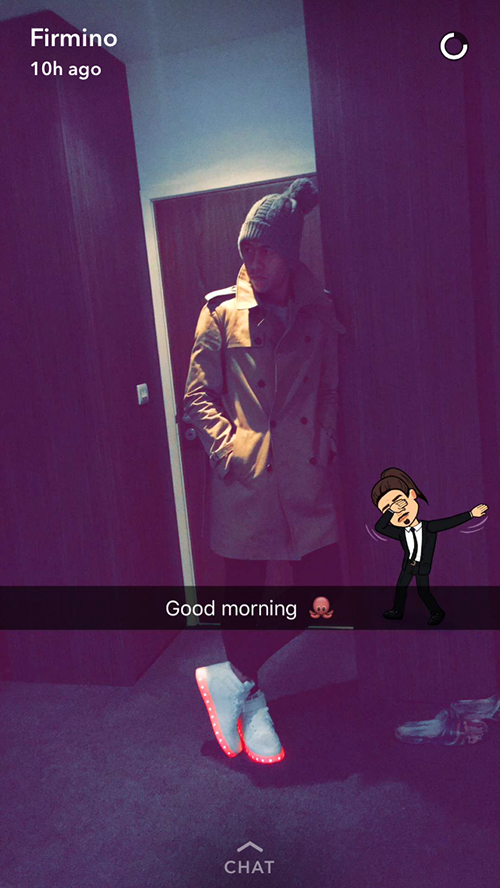 Roberto Firmino wasn’t taking any chances with the unpredictable English weather after pre-season training in Liverpool on Friday.

The Brazil international is set for his second season as a Reds player after Firmino moved to Anfield from Bundesliga side Hoffenheim last summer under Jurgen Klopp’s predecessor Brendan Rodgers.

The South American enjoyed a fruitful first season as a Liverpool player as he became the only member of Klopp’s Reds squad to hit double figures in the Premier League.

But the Brazilian midfielder is still working hard with his team-mates under Klopp as he posted the above selfie on his Snapchat account (@) ahead of their Premier League opener against north London side Arsenal at the Emirates Stadium on Sunday 14 August.

Firmino score 10 times in 31 Premier League appearances for the 18-time English champions last term as the Reds finished in eighth place in the table.

The former Hoffenheim was denied his first trophy as a Reds player after Liverpool lost to Manchester City and Sevilla in cup finals.