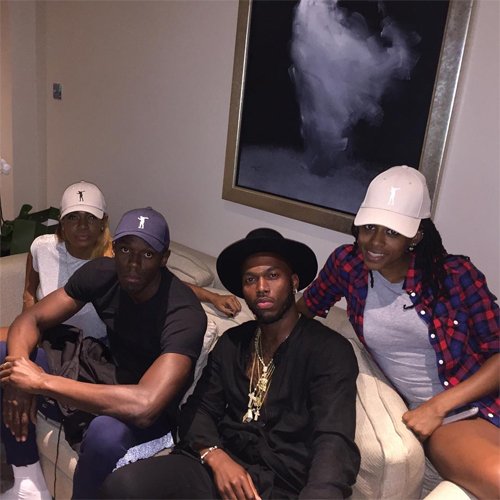 The 30-year-old is fresh from winning his seventh, eighth and ninth gold medals of a long and distinguished sprinting career which has seen Bolt secure glory in Beijing, London and Athens.

Sturridge, meanwhile, is struggling to get into Jurgen Klopp’s first-team this season after enduring an injury-hit 24 months at the Merseyside club.

Questions still linger over the England international’s capacity to stay fit for the duration of the Premier League season given Klopp’s intense brand of football.

But Sturridge may have learned a trick or two about keeping his hamstrings in competitive shape from Bolt given how the nine-time Olympic champion has managed his body over the past eight years.

Sturridge posted the above photo on his Instagram page and wrote the following caption:

The Liverpool striker started his only Premier League game in a 2-0 loss to Burnley at Turf Moor.

Sturridge moved to Liverpool in a £12m deal from Premier League rivals Chelsea.