Photo: Mata and Blind’s girlfriends head for coffee ahead of Man United opener

The Manchester United Wags were out in force on Friday afternoon 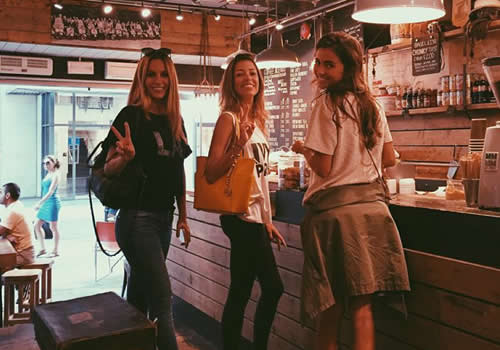 Jose Mourinho’s men have been training hard at Carrington in recent days as they gear up for their first Premier League game of the season under their new manager.

Mourinho has been tasked with restoring United to the top of English football after the disappointment of their fifth-placed finish in the Premier League last term.

And as their boyfriends worked hard on the training pitch, the Manchester United Wags took some time away to enjoy a coffee together.

Mata’s girlfriend Kamph posted the picture above of Edurne Garcia, Camille Sold and Candy Rae-Fleur on her personal Instagram account on Friday and wrote: “Say cheeeese.”

United won their first piece of silverware under their new manager last weekend after beating Leicester City in the Community Shield at Wembley.

Photo: Oxlade-Chamberlain gears up at home for Arsenal v Liverpool