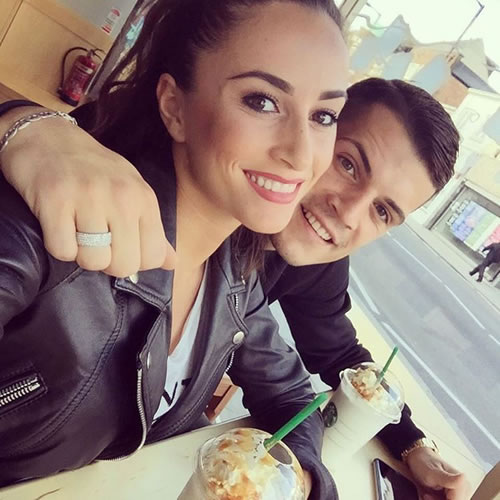 Granit Xhaka seems to be getting used to life in London with his girlfriend following his summer transfer to Arsenal.

The Swiss midfielder is currently preparing for his first season in the Premier League after joining the Gunners from Borussia Monchengladbach back in May.

Xhaka will be hoping to make his first competitive appearance for Arsenal when the Gunners host Liverpool in their Premier League opener on Sunday afternoon at The Emirates.

And the 23-year-old seems to be completely settled off the pitch as he enjoyed some downtime with his girlfriend Leonita Lekaj on Wednesday afternoon.

The Gunners have not won the Premier League title since their famous unbeaten triumph in the 2003-04 season, when the north London side were still playing at Highbury.